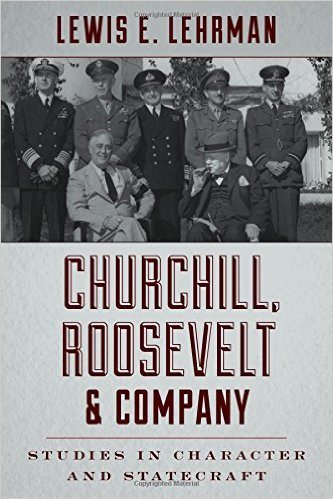 The year 1944 was pivotal for Prime Minister Winston Churchill’s leadership of the Allied war effort against Nazi Germany.  With preparations underway for the D-Day invasion of France, operational and strategic leadership of the war effort had clearly passed from the British to the Americans, who now composed almost two-thirds of the invasion force.  Having fought the war alone for eleven months until the German invasion of Russia in June 1941 – while at the same time maneuvering to get President Roosevelt to join the war against Hitler – Churchill now stood somewhat in the shadow of the dominant American and Russian war leaders.  By his ceaseless correspondence and astonishing travel schedule, the British prime minister had forged the grand alliance to destroy Nazism; he never gave up trying to direct that war effort.  The farsighted Churchill was determined to establish a post-war balance of power in Europe to contain the global thrust of Josef Stalin’s communism.

By:  Lewis E. Lehrman
By Lewis E. Lehrman June 6, 2014 - Stamford Advocate President Abraham Lincoln, a student of Shakespeare's tragedies and histories, surely could have understood, in the overtures of Henry V, what transpired 80 years later in the invasion of Normandy. King Harry's Crispin-Crispian Day speech before the Battle of Agincourt evoked the momentous drama unfolding on the Normandy beaches, D-Day Continue Reading →